The Lithuanian competition authority Konkurencijos taryba found that 26 driving schools and the Lithuanian association of driving schools (Association) were involved in a cartel that set prices of driving lessons in three cities of Lithuania. The aforementioned anti-competitive agreement resulted in fines for companies ranging from EUR 1,500 to EUR 129,300, EUR 574,400 in total.

Konkurencijos taryba found that during the meeting which took place on 13 June 2016 in Vilnius members of the Association, as well as representatives of the driving schools not belonging to the Association, discussed the prices for driving lessons and agreed to increase them.

The investigation revealed that in collaboration with the Association 15 schools in Vilnius agreed to increase the prices for driving lessons of all categories (A, B, C, CE, D) and their combinations. Additionally, it was sought to achieve that the same price level prevailed in other driving schools in Vilnius. Cartel participants owning parking lots used for car driving practices even threatened to terminate parking lot lease contracts with their competitors if they failed to stick to the agreed price level.

In the majority of driving schools the prices which were set in July 2016 did not change for two years. They only dropped in summer 2018 when the parties suspected of an infringement received the Statement of Objections raised against them. In Kaunas the prices in driving schools went down in autumn 2016 after the dawnraids by the authority were conducted.

Cartelists sought to set higher prices for driving lessons and avoid competitive pressure, which resulted in negative effects on consumers. As soon as the cartel was stopped, the prices of driver training started to  decrease.

D. Lurje also reminded that, as stipulated by the Law on Competition of the Republic of Lithuania, undertakings that suffered from harm caused by an infringing company may apply to court and claim compensation for that harm.

Having evaluated the duration of the infringement, as well as mitigating and aggravating circumstances, Konkurencijos taryba imposed fines totalling EUR 574,400 on the infringers. 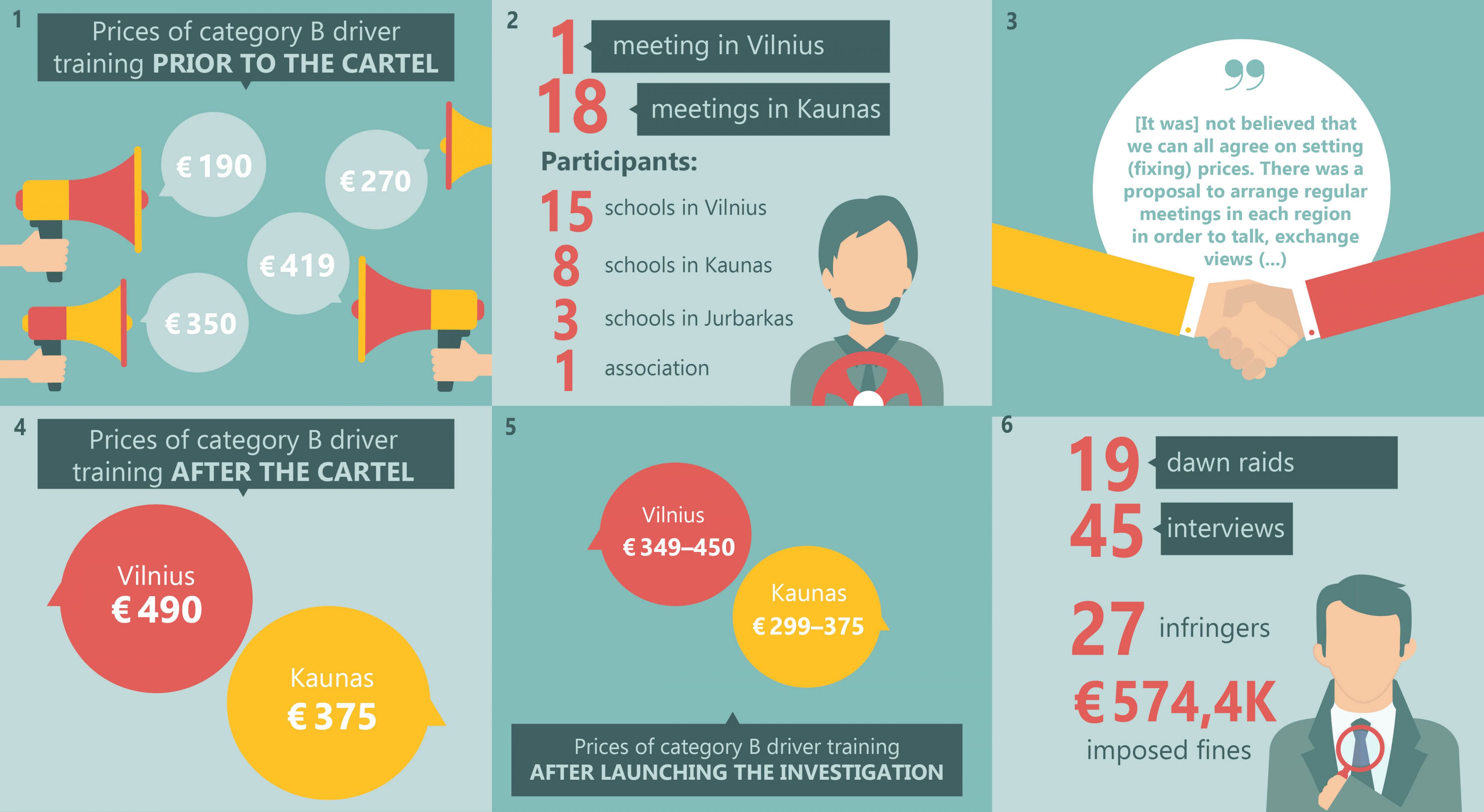