MORE AND MORE STATE AID IS GRANTED IN LITHUANIA Having summarized information received from the European Commission, Konkurencijos taryba prepared a report on state aid granted in Lithuania in 2018.

Last year the majority of state aid measures were implemented in the sectors of culture, energy and environmental protection. State aid was also granted for scientific research, employment, training, transport, agriculture and other support measures.

Only aid which is granted by the State through its own resources to certain economic operators or to the production of certain goods or services, thereby conferring an exceptional economic advantage which would not otherwise occur under usual market conditions and which threatens to distort competition and affect trade between the EU Member States is qualified as state aid.

Konkurencijos taryba also provides advice to public authorities and undertakings in order to help them with the assessment of state aid measures. The authority also conducts trainings explaining why state aid requires prior authorization from the European Commission. State aid granted without prior authorization is considered unlawful and if the European Commission declared it incompatible with the internal market, it could be recovered from aid beneficiaries with interest. 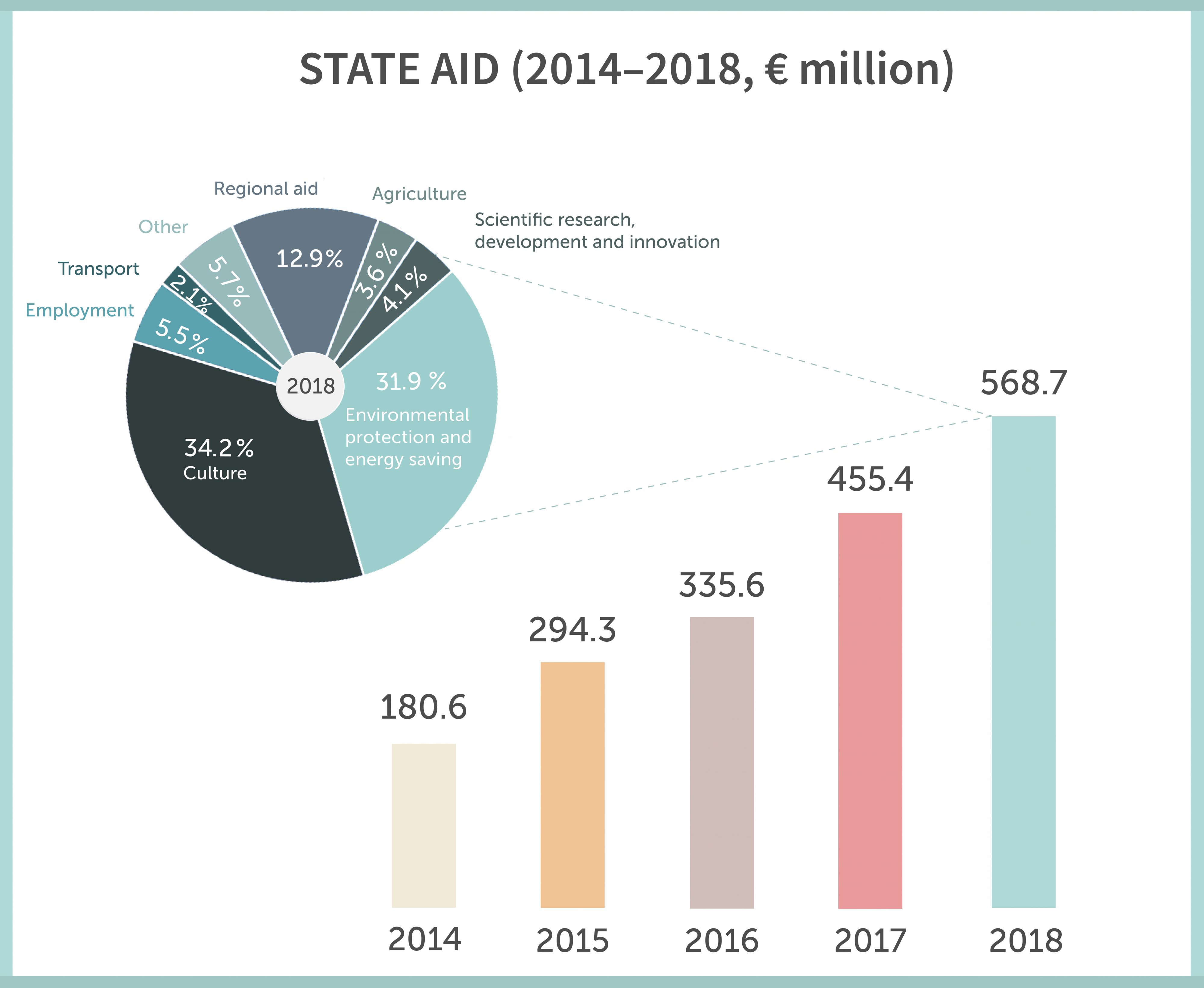